So the Oscar nominations for 2017 are in.  I'm glad to see a few Disney movies have received some Oscar nods this year.  The nominations are:


I've seen almost all of these films and believe each nomination is well deserved.  The only movie I feel is missing is Queen of Katwe.  By far, this was my favorite movie this year.  I'll be rooting for you Disney!

Now as far as progress goes, here is an update on my latest quilt top.  This was meant to be a quilt to use up some scraps.  But I love how the colors are coming together, so I'm having a hard time calling it a "scrap" quilt.

These are the blocks from Step 2 of the pattern. 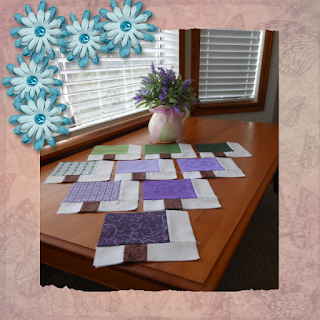 And here are the blocks created in Step 3 of the pattern. 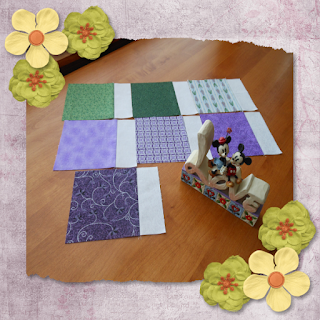 I have begun to put together the middle of the quilt.  I wasn't sure what to expect as my version is quite a bit different from the one in the magazine, but I am truly loving it so far.  Hopefully, I'll have a picture soon of the assembled quilt center.

Feel free to leave a message with your thoughts on which Disney movies you think deserve a nod and why (or anything quilt related).

Posted by Goofin' Off Around the Block at 7:26 PM No comments:

A Little Progress Is Still Progress

Maybe it's just me, but sometimes life seems to move as slow as molasses.  I feel like life has been moving slowly -- but time passing quickly -- and progress is slow.  With that being said, I came across the following quote the other day.  It will keep me moving forward and motivated this week.  My life is pretty awesome, so I've got to celebrate each step of progress that I make. 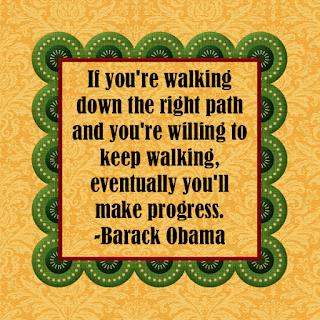 The progress I was able to make this week was on my Tinkerbell cross stitch.  This piece makes me smile every single time I work on it.  I have a special friend I will be giving this to some day.  She will always hold a special place in my heart as my sister in all things Disney. 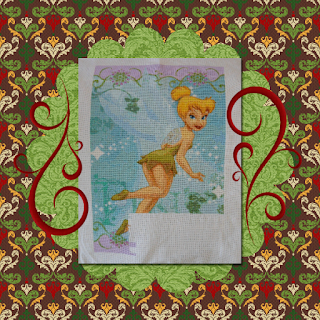 Well, I suppose it's time to get back to working on projects and seeing how I can work more Disney magic into my days and projects.
Posted by Goofin' Off Around the Block at 1:12 PM No comments:

Welcoming in 2017 With Resolve 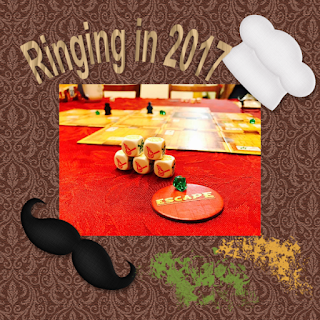 We were lucky enough to have our nephew and his partner come over for dinner, games, and some quiet conversation.  Hubby occasionally checked work status, but thankfully there were no emergencies.  We enjoyed a couple of rounds of the game "Escape" which is put out by Queen Games.  As someone who is non-competitive, I like this game because the whole group either wins or loses the game.  Teamwork is the key to winning this game.  It's also a timed game, so you know it won't go on and on.  We lost our first round as everyone was learning how it works and how to make get the teams working together for maximum game playing.  We won our second round with no problems as we seemed to have a system down. 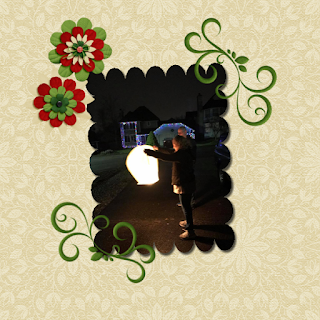 I think the highlight of the evening was lighting the lanterns and sending them off into the air with our wishes for 2017.  The evening was chilly but not raining, so it seemed to work well for the lanterns.  We were surprised after we sent them off as to how high they went and how far we could see them go.  We lit them each one at a time.

On New Year's Day I came across an article about New Year's resolutions.  It was a reminder the a resolution is something you feel so strongly about that you have the "resolve" to accomplish it or make the changes necessary to help it happen.  It gave me pause to think about what it is I want to accomplish and what I will need to give up to make it happen this year.  I've earmarked a few things on my "To Do" list that really don't get me any closer to my goals.  Hopefully, I'll be seeing some of my goals getting accomplished more quickly.

I look forward to 2017 with a lot of excitement!

Posted by Goofin' Off Around the Block at 11:41 AM No comments:

Goofin' Off Around the Block
Pacific Northwest, Washington, United States
I am a transcriptionist by profession. I am a Disney devotee, quilting nut, stitching fanatic, and volunteer hound by passion.